This is a Print-On-Demand book and is printed upon receipt of your order. It is not returnable except for product defects. Delivery will take approximately 10 to 14 days.

The Little Black Book of Reliability Management provides the reader with a fresh but comprehensive perspective on the subject of reliability management. It challenges the reader to consider “what he has a right to expect” based on his current reliability programs. And it describes the programs and discipline needed if the reader desires the “right to expect” a higher level of reliability performance. This unique resource is perfect for individuals working in plants and in other organizations that are dependent on the reliability of complex physical assets. 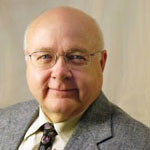 Daniel T. Daley is from Omaha Nebraska and grew up in what was the packing house district of South Omaha. He attended the University of Nebraska and graduated in 1971 with a BS degree in Mechanical Engineering and a commission in the US Air Force. After serving a tour as an Air Force officer (in Selma Alabama and Osan Korea), he returned to school at the University of Missouri, Columbia. There he received a MS in Mechanical Engineering.

His career began with Shell Oil Company where he held a variety of positions in engineering, maintenance and operations, including Director of Maintenance and Reliability for several companies including Shell, OxyChem, Valero, and the Union Pacific railroad. He retired from the Union Pacific railroad, where he was the Director of Locomotive Engineering and Quality. He  provides consulting services through his company My Reliability Team, based on his books.