The Art of Welding

In The Art of Welding, Ryan Friedlinghaus, the celebrated guru of automotive customization and cable TV star of Inside West Coast Customs, adds practical knowledge to William Galvery’s acclaimed welding insight and everyday tips and tricks developed over his long professional career as an educator and earlier as a hands-on welder.

The Art of Welding is in full color and photographs have been rigorously selected and produced to impart genuine training value. We’ve set the text in clear, large type, and graphics and illustrations provide top-notch readability and content.

This unique and original book provides complete, in-depth coverage of the equipment and techniques used in the most popular welding processes: oxyacetylene, stick welding, MIG welding, and TIG welding. Although the bulk of the book is devoted to the more popular welding techniques, the authors also provide a chapter on soldering and brazing and another on plasma cutting. The Art of Welding is perfect for anyone who wants to learn welding to make repairs or as part of a hobby, including experienced welders who will find a number of tips and procedures to improve their welding technique. 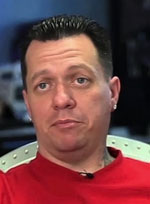 Ryan Friedlinghaus is the founder and president of West Coast Customs, a world-famous car remodeling company he launched in 1993 on a loan from his grandfather. West Coast Customs began with a modest customization shop in Orange County, California and quickly grew to a larger shop in Los Angeles near the LAX airport. In 2004 WCC rapidly gained celebrity status when the MTV show Pimp my Ride hosted by Xzibit aired.  WCC was the exclusive builder of all the vehicles for the original Pimp my Ride episodes season 1–4.

Following this aggressive global expansion endeavor Friedlinghaus went on produce Street Customs and Street Customs Berlin, TV shows that truly captured the capabilities of WCC and showed consumers that WCC was not just a custom car shop but creators of automotive art. After rising in ratings to the top of the TLC network, Friedlinghaus determined that it was time to take his TV career to the next level. He pitched his concepts and ideas to the Discovery channel and Inside West Coast Customs was born.  With several successful seasons on Discovery’s HD Theater the network in 2011 decided to move the show as a headliner to a new network Velocity.

Friendlinghaus has truly captured the essence of the tattoo across his fingers “self made”.  With several successful TV shows and countless numbers of lucrative vehicle builds Friendlinghaus is living proof that with ambition, drive and heart you can still capture the American dream.

In 2003 the AWS presented him with the Howard E. Adkins Memorial Instructor Award, its prestigious national teaching recognition award. And for the second time he was chosen AWS District 21 Educator of the Year. Also in 2003, Bill was also presented with an Excellence in Education Award by the University of Texas, Austin. Bill has served as an officer for the AWS Long Beach/Orange County Section and recently retired as Professor of Welding Technology and Welding Department coordinator at Orange Coast College in Costa Mesa, California.

What the Press is Saying about The Art of Welding:

Click on these links to go to some great review of this top title:

Chapter 1: An Overview of Welding