Fleet Purchasing and Maintenance is a concise, easy to understand guide on vehicle purchasing and fleet maintenance for the benefit of business and maintenance managers at all levels, plus students and academics. Not a textbook full of formulas but a guide containing both detail and insights for the practicing fleet and financial manager.

The book first covers all aspects of the vehicle and fleet purchasing process from the perspective of the purchaser. It then discusses, in detail, the process of how to approach a fleet purchase once the decision is made. The book then leads into the operations of the fleets, their maintenance systems, efficiencies, inefficiencies, their overall evaluation, and finally, a discussion of maintenance backlog. 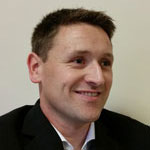 Having studied Transport Operations and Technology at the Dublin Institute of Technology (DIT), he gained an honours degree with distinction and received the Wincanton Award upon conclusion of the course. The Army then assigned him as Officer in Charge of armoured maintenance in his Brigade. In this role, he managed workshops for the Irish Defense Forces, overseeing maintenance for his Brigade and much of the Irish Defense  Forces vehicle fleet.

In his active career in military transport and engineering, he has served as technical officer on purchasing boards; managed vehicle retrofit and modification programs; and supervised a wide variety of technical projects in telematics, post-accident analysis, fuel contamination and others. With considerable expertise in keeping a fleet of high performance vehicles on the road, Mr. Murphy has participated in projects and conferences with other nations operating a variety of military vehicles. He was also project manager on the restoration project for the Sliabh na mBan armoured Rolls Royce vehicle. Diarmaid Murphy also served in the Balkans as part of KFOR and in Lebanon with UNIFIL.